It is often difficult to ascertain the conception of a realm in the American social strata meant entirely for our intellectual thinkers, philosophers establishing their own theories of reality at various cocktail parties and assorted social functions that facilitate the communal stroking of egos. Any student of the world is aware of the capacity of European history to flood us with the musings of a vast litany of philosophers and scholars, with most of them following a trend of privilege and support in their endeavors towards academia. They are similar to the likes of Nietzsche, Descartes, Kant, or Hume, a cohort of white men who grew up in households that were able to support pursuits of higher education without worrying about where to acquire their next meal or if their method of shelter was secure enough to last through the week. This cohort exemplifies the majority of the structural foundation of Western thought, as the rest of academia continues to perpetuate this pedagogy, one that is formed through the lens of privilege perched atop the rungs of the hierarchy of both gender and class. To be a public intellectual indicates the achievement of a particular status symbol, but the barriers to entry indicate that not everybody is able to strive for wisdom.

Intellect was a white man’s game. As America progressed, so did its opportunities for individuals that had forever lived outside of the definitive dominant majority. Institutions of higher learning gradually began to integrate diverse voices into its educational landscape, providing an inclusive boost for many women and minority communities that play the game at an inherent and severe disadvantage of resources. This is all meant to illustrate the historical lack of diverse voices in the sphere of influence for public intellectuals. However, even with such a limiting precedent in the realm of academia, society’s gradual progression towards inclusivity reflects itself in the growing number of diverse voices that are speaking out on important global issues of humanity, utilizing lived experiences and emotional connections in ways unfamiliar to the pedagogy of their predecessors.

One particular voice worth highlighting is that of Maytha Alhassen, a Syrian-American scholar and activist whose research deals primarily with Middle Eastern history, solidarity politics, ethnic nationalist movements, immigration, and social justice. In addition to her studies on the Arab diaspora, she is also a professional creative whose writing and works of poetry engage complex issues of global injustice and cultural competency through a different dialectic from the norm. Alhassen weaves historical lessons into powerful stanzas, intertwining the past and present through analogies that are able to humanize issues impacting the rights of marginalized communities. Her work illustrates the rise and fall of worldwide systems of oppression while also empowering the voices of those suffering from the detrimental daily realities of war, violence, displacement, and poverty.

As a part of her residency with the Ted Talk program, Alhassen performed a piece titled “A Poem for Syria: Beyond A Geography of Violence”, a love letter to an ancient home mixed with stark contemporary political criticism. Read an excerpt below:

Remember, if it didn’t please you, you silenced dissent

A poverty so humiliating, that many followed a death march towards intangible dignity

So crooked and meandering is the story of our love affair

I beg for a vision of the straight path

Why won’t you let my heart break in piece…

Offer me a morning without rubble, shelling, or torture” 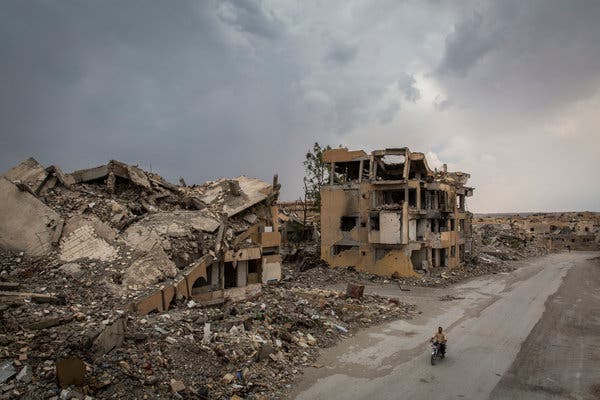 Alhassen consistently underscores her personal attachment to the land of her people, of her family and her blood, utilizing her lived experiences to inform her academic research into Middle Eastern conflict and human rights abuses perpetrated by state imperialism. This approach offers an emotional, vested connection to the topics discussed, as her work is able to bridge the vast gap between researching conflict and experiencing conflict. There are two distinct levels of comprehension dividing these two perspectives, a barrier that the former inherently faces in the pursuit of academia without activism nor advocacy.

Additionally, Alhassen actively participates in writing and performing for the play “Hijabi Monologues”, a radical and significant production centered around a series of actual monologues given by Muslim women with a mission to break down harmful, Islamophobic stereotypes. She works with refugee populations, teaches yoga to communities as a method of healing and spiritual awakening, regularly speaks on Islamic and Middle Eastern issues on popular networks such as CNN, and further spreads awareness of these issues through her broadcast journalism work with outlets such as Al Jazeera and Huffington Post.

As a scholar, her publication “Demanding Dignity: Voices from the Arab Revolutions” explores thematic elements of authoritarian government regimes and the reverberations of the social and political revolutions that follow. She focuses specifically on the Arab Spring, which experienced its first spark in Tunisia around late 2010, sending shock waves across the Middle East. In this work, Alhassen connects the shared experiences of Arab youth in a time of widespread instability and political uncertainty, as she argues for the humanity of those individuals that were merely victims amidst the devastation of conflict. 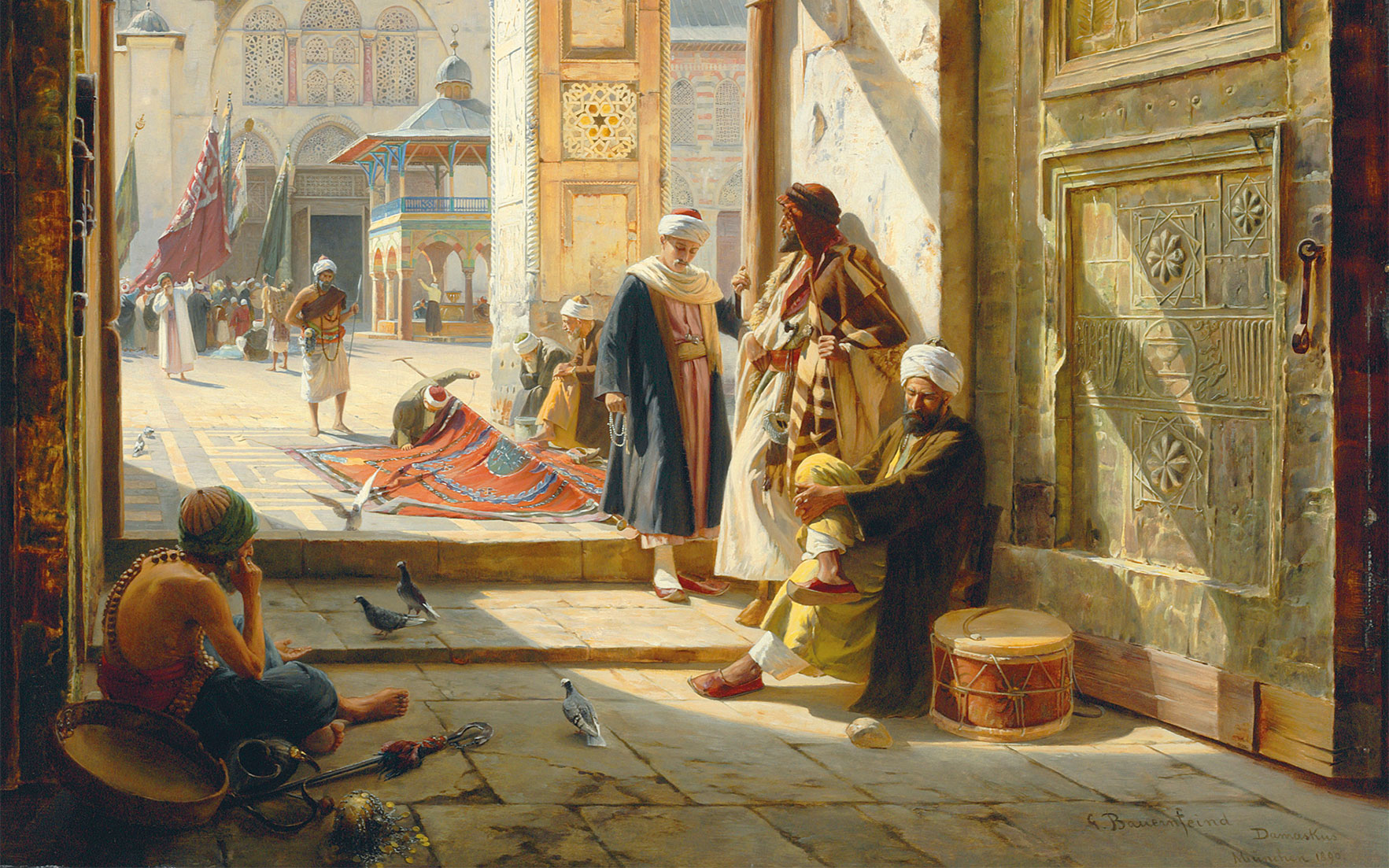 She criticizes the mass media machine and holds them responsible for sensationalizing American imperialism through intervention in a region where it doesn’t belong, which has led to dangerous misconceptions and preconceived notions regarding the peoples of the Middle East. She equips the power of storytelling to construct an alternative narrative of the Arab diaspora, one that provokes empathy and compassion instead of fear, and urges us to reconsider our own biases that are often strengthened by institutions that oppress us. With a Provost’s Fellowship in American Studies and Ethnicity at the University of Southern California, she continues her studies today on the Arab diaspora, social justice, human rights, gender, media, race and ethnicity through a lens of ‘narrative healing’.

When discussing the potential decline in public intellectuals engaging with the American dialectic, Professor Stephen Mack argues that “our notions of the public intellectual need to focus less on who or what a public intellectual is… the qualifications for getting and keeping the title”. Rather, we should highlight the merit of the work being produced by the individual and the tangible impacts of that work outside of the academic setting. Alhassen exemplifies the ideals of a public intellectual for our modern age as a driven woman of color passionate about social justice and empowering marginalized communities towards improved civic engagement, dismantling systems of oppression, and emphasizing the importance of creative literacy through hosting writing workshops for incarcerated youth. In the land of opportunity, there is great space for society to be able to alter definitions and adjust to gradual progress over time.

As a public intellectual, one bestows upon one’s self the ultimate responsibility of educating the masses on the conceptual underpinnings of society. It is essential that a diverse range of voices are included in such a large scale education so as to provide perspectives that aren’t solely representative of the neo-colonial Eurocentric mainstream and to empower marginalized communities to share their words and wisdom. Alhassen utilizes her expertise, to bridge the gap between the formalized world of theoretical scholarship and real-world activism that applies those theories into practice to impact society for the better.

No one can argue against the significant amount of courage required for Alhassen, a strong, successful, and intelligent woman of color, to be able to enter this predominantly white male dominated world of public intellectuals in order to offer her analysis on complex and often controversial global issues revolving around racial relations and revolution. As a collective society, we must take stronger efforts to empower marginalized voices and provide an equitable foundation for the sake of progressing positively in the realm of academia. Diverse, unique perspectives like those of Alhassen’s offer a great deal of clarity and color in an often dry landscape, with the distinct ability to challenge its traditional norms in favor of elevating the conversation and engaging in robust dialogue regarding the issues of the world today.

“We are our stories,” she says. Allow us to amplify the power of our stories.